You are here: Home / Water & Sanitation

Access to safe drinking water and sanitation facilities are basic necessities as well as people’s basic rights. A large section of Indian population, however, is struggling to get easy access to these two services. 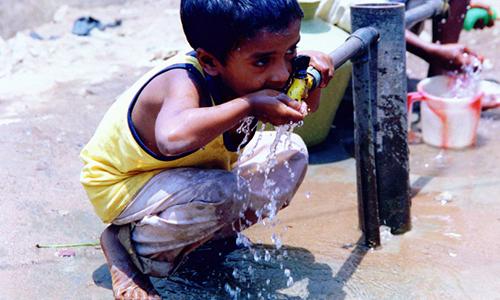 According to the government data only about 74% of total rural habitations are fully covered under provisions of safe drinking water (GoI, 2013). Rest of the villages are either partially covered or are having contaminated water.

People with water in their homes 0%
Households with toilets 0%